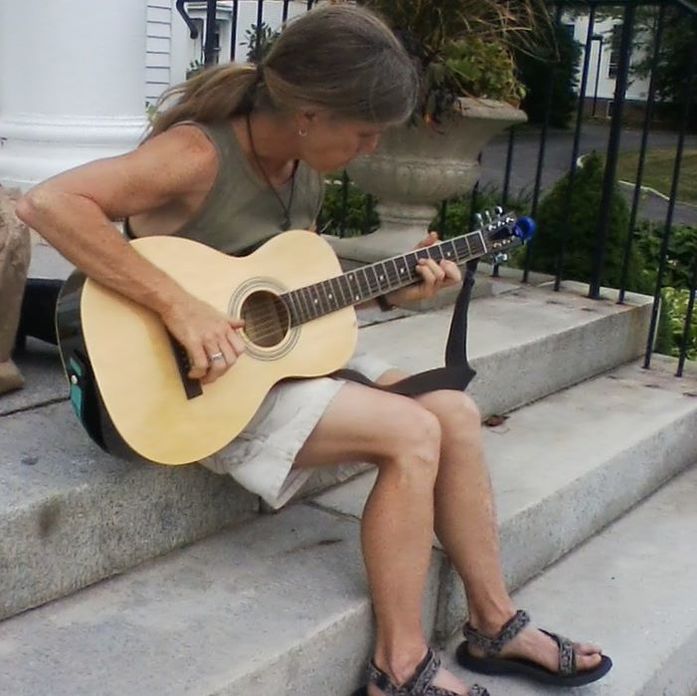 Janet Connerney is a folk-rock singer/songwriter whose comic personality and distinctive vocals have made her popular throughout the Boston area music scene. She's been compared to greats like Tracy Chapman and Bonnie Raitt, but there is no denying her very unique sound and performance style. Drawing on personal experience as well as imagination, her songs are easy to relate to and can stay with the audience long after the show.
Janet is a self-taught guitarist who plays lefty South Paw style. She started performing as a teenager in various talent shows and coffeehouses and has shared a stage with some of New England's finest musicians such as Colleen Sexton, Mary Lou Lord, Nash Satterfield, Pamela Means and Dar Williams. These events along with performances like Passim's Sunday Radio Show (9/98) and WERS and WMFO radio shows have helped get the name Janet Connerney known and respected throughout the Boston area. She currently has two albums out, Another Life and So Clear.
Most recently she has been performing at some of the area's most popular venues including The Burren, Sally O'Brien's, Right-Turn, Bloc 11 Cafe, CCTV, Middle East, Lizard Lounge, All Asia and can also often be found busking in various areas of Somerville and Cambridge. Even the damage to her favorite old Alvarez guitar has only motivated Janet more. She is now playing on a couple 'new' guitars, achieving an even greater range of sound and contemplating lyrics that reflect the power of change and moving forward.